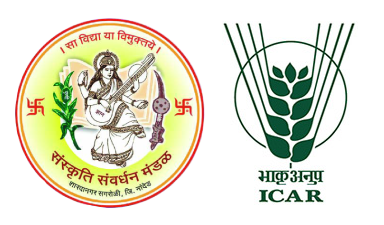 Donkeys are considered non-useful animals and often very neglected domestic animals in society. But when we took a deeper knowledge about the donkeys, we will realize how hard-working and useful these animals are. But sadly, even after being so useful animal, donkeys are a very neglected species among all domestic animals. They often suffer from injuries, improper health, improper nutrition, and abuse by animal owners. For treatment and other clinical management in most of the village areas, no proper health care facilities are available. Hence in sagroli, Dharma donkey sanctuary was established to support for donkeys in surrounding area under this project for the steps and started a new animal care centre a clinic where all animals will be treated including donkeys on 23rd of December 2020 Shrimati Varsha Thakur chief executive officer of Zilla Parishad Nanded inaugurated the care centre and on the same day around 220 donkeys where do you want and immunised with profile Aarti drugs against the disc August Sara disease is a protozoan disease occurs in all domestic animals few cases of such infected animals was observed in surrounding area and as it is fatal disease hence for prevention of infection all 220 donkeys where injected with the drug that is useful in drug treatment for the during the camp sick animals were identified and treated accordingly animals with injury where properly dressed with antiseptic solutions on the occasion owners of the donkeys where are also informed for the preventive measures of of the psoriasis disease.